Shrink Rap - Finding rhyme and reason in our lives and relationships 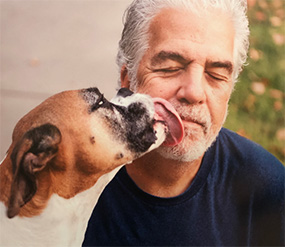 Dr. Neal H. Mayerson is a clinical psychologist, entrepreneur, and philanthropist. In founding the non-profit organization VIA Institute on Character (www.viacharacter.org), he has played an instrumental role in helping to develop the field of positive psychology, specifically focusing on building the science and practice of character strengths-those aspects of personality that help us build good lives for ourselves and others.
Follow Neal Mayerson on LinkedIn.
Follow Shrink Rap on Instagram.

A psychological tour through the landscape of Life.

“As I read them, I felt some of my own “issues” melt away—almost like going through therapy without the big bills.” - Stan Merrill
“Reading it can be as simple or complex as you’d like it to be.” – Erin Riehle
“Dip in and read one and you will find yourself reading many!” – Ruth P.

NOT FOR READING FRONT TO BACK!
JUST OPEN TO ANY PAGE. 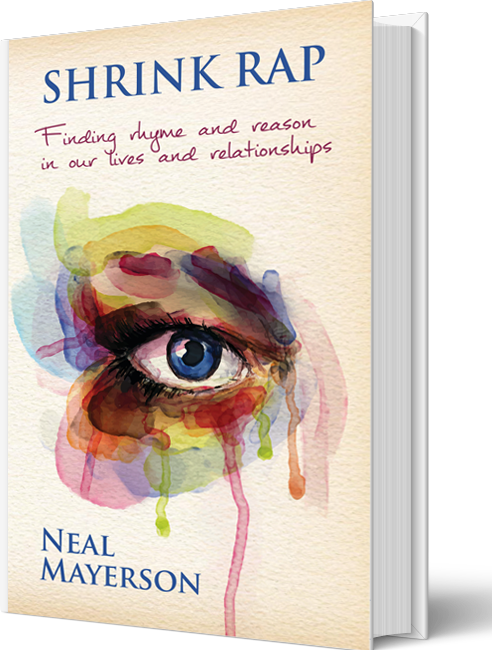 See Excerpt of Book Below

Shrink Rap offers snapshots of life that humanize the soul-enlarging compassion for life's struggles and joy with its miracles, and offering insights into its vexing conundrums. Love and meaning longed for, found, struggled with and lost. The four-line poems are power-packed nuggets that can be held in mind and shared with others, encapsulating meaningful moments that connect the heart and mind.

In addition to the poems, the author offers expanded personal reflections that are enriched by his broad life experiences as a clinical psychologist, father, husband, businessman, and philanthropist.

Shrink Rap is a psychological tour guide through the landscape of Life.

It is meant to be sipped and not guzzled, perfect for brief contemplations and to stimulate conversation with a friend. 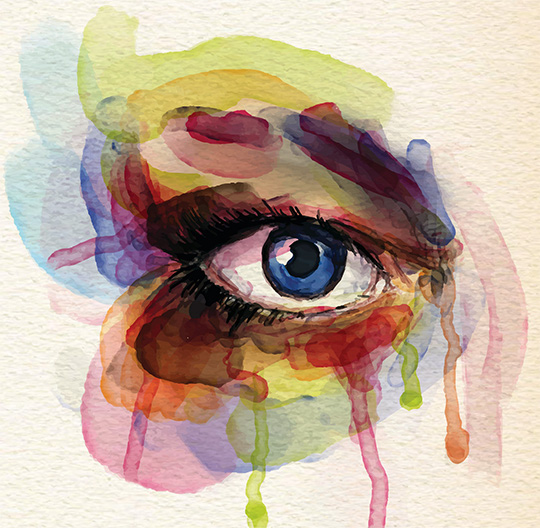 I’m squishing my feet in the mud with you,
My toes wiggle as your smile breaks through,
And at times I stand, and stuck I am,
Dirt and grime sunshine baby lamb.

My first child. What an experience. There was little in my life up to that point to prepare me for what was in store for me. The richness, the depth, the intensity. In short order I was in love—all of me. “Oh my God,” I would think, “this is amazing.” I felt one with Nature. I felt like I had been called off the bench to play in The Game. Invited to advance from pretending or playing on the periphery into the real deal. “Real” is the right word to describe my feelings. The image that came to mind then was a Huck Finn type of image. Sitting on a riverbank, bare feet, squishing my toes in the mud alongside my new best friend. And when my baby Amanda would smile her baby smile, it would break through my cloudy moods like a sunrise.

But there was also the other, negative, side of being a parent of an infant. As I previously mentioned, loss of freedom was a biggie. Couldn’t go here and couldn’t go there without either considerable planning or the intrusion of a baby. I relinquished most of my recreational and leisure activities for the RESPONSIBILITY of caring for a newborn. It began to feel claustrophobic—trapped by choice in a house filled with crying, poopy diapers, worrying, sleep deprived … So, at times I felt very “stuck”—like when you get too far into mud and it holds a suction grip on you. That was the feeling. It felt good and bad at the same time. I just felt In Life and In Love and, at times, in a bit of danger!

In the context of a culture that only promotes the blessing and wonder of having children, the reality of having a child was a bit startling. It was difficult to respond to people’s gushy sentiments about how wonderful it must be when it was so much more complex than that for me. I cherished the few people who dared to be frank about their experience of parenting, expressing the pluses and the minuses. I’d rather have the whole truth than just a portion.

Since then I have felt bad for the many mothers I counseled who were raised with a two-dimensional Disneyland image of the pure wonder of parenthood. What a cruel twist it is for a new mother, expecting pure joy with her newfound role in life, to experience the negative side of it all. Not feeling instant love but instead a strange aloofness. Feeling the panic of the enormity of responsibility and the unpreparedness for taking it on. Feeling the imprisonment of trying to meet the responsibility. Feeling exhausted. Feeling totally out of control with a colicky baby screaming incessantly. Watching, as if from a distance, their relationship with their spouse (if there was one) disintegrate as they blame each other for not carrying enough of the burden. Watching their fun time together dwindle to almost nothing. Trying to find comfort in handling this bald, drooling, pooping, fragile blob of wriggling flesh. What a mess it can become! What I’ve just described is not unusual. I’d venture to say it is commonplace.

So, for some of those who buy the “pure joy” story hook, line, and sinker, it can become a very rude awakening. One that comes with heaping doses of guilt. I saw it too often as a therapist in Utah, where the Mormon culture, in its emphasis on family, can sometimes be a purveyor of the myth. The women who experienced the more complex version of things, as described above, just felt horrible about themselves. I could see the weight of the world come off their back as I normalized some of their experience for them.

The cruelest twist I have seen Mother Nature deliver, though, after delivering a healthy baby, is postpartum depression. It stabs right in the heart. It takes every ounce of effort for the mother to just do the basic caretaking—feeding, holding. There’s no warmth, no love, coming from within. That’s terrifying to a woman—making her wonder if there’s something demonic about her—or at least something very, very cold and hard. Like all states of emotion, though, it almost always passes. But, it’s a hard journey.

Finally, for me, there was the simple reality that childrearing is hard work, hence the reference in the poem to “dirt and grime.” It’s the hardest work I have ever done. It’s challenging and relentless. You don’t get through it without getting dirt under your fingernails.

"A perfect book for all people-watchers."

Original music from the author of Shrink Rap

Listen to original songs composed and performed by Neal. 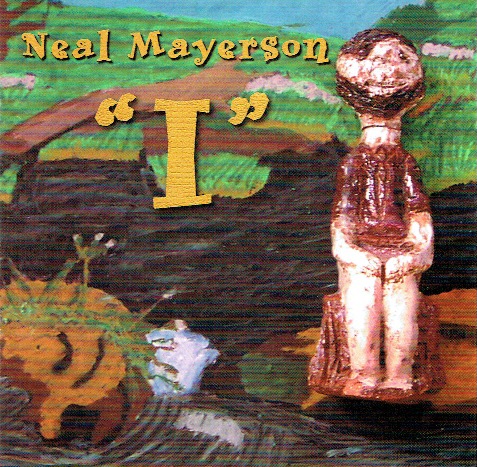 Dr. Neal H. Mayerson is a clinical psychologist, entrepreneur, and philanthropist. In founding the non-profit organization VIA Institute on Character (www.viacharacter.org), he has played an early and ongoing role in developing the files of positive psychology, specifically focusing on building the science and practice of character strengths-those aspects of personality that help us build good lives for ourselves and others.